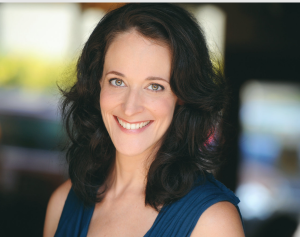 This morning will be the final installment of Gabra’s tenure as our Professor. Gabra has taught me so much about embracing the patchwork life of a creative. When I was a teenager I had a vision of what my path would be and needless to say, it doesn’t look anything like what I expected.  I can say that I have learned a lot and continue to learn daily as I pursue my dreams.

In this last post we will talk about what lights Gabra up and how to create creative work without asking permission.  Enjoy!

EV: Finish this sentence…I feel I am loving myself best when I am…

EV: I feel I am loving others best when I am…

GZ: Really standing in my own skin.  I feel I am really loving others best when I am standing in my own skin.  I have this vision from a class I took in Grad School  which is all about the spine and standing, literally, in your own two feet and kind of rooting into the earth.  And it’s an amazing thing that happened when we allowed ourselves, our spines to extend, our hearts opened.  Literally when you’re standing in yourself and your heart is open, that’s when you can love others best.

EV: Can you tell me of a time when you felt like you couldn’t do that?  When you had to hide yourself?

GZ: Oh yes, I find there’s not artist on earth who doesn’t tangle with that all of the time. I feel that that’s a huge part of why people become artists because they struggle in and out with these demons.  It’s like these demons make us artists.  I definitely feel like when I was younger. I felt so strongly that way going through adolescence. I felt like I was told by so many people for so many different reasons.  I was always unusual so you know difference isn’t appreciated when you’re a teenager and so I was always told that I was weird and that I wasn’t good at sports. And so I wasn’t desired by kids as any kind of leader.  I was a real follower at the time.  That’s not true to me either, but at the time I was really so shy and such a follower and it took me so long to come out of my shell. The theater really helped me with that.  But then I would say it kind of goes in waves. Every few years it feels like the ground is pulled out from underneath me.  I do actually hide sometimes.  I think part of me moving to Denver…you know I moved to Denver for a year and a half.  Part of it was me really trying to expand my horizons and shift my perspective and open the doors.  And part of it was that so I could hide from the world because I had a bunch of stuff go on in my life that was so dissatisfying to me.  I felt like such a loser and my life was such a failure and I think I went to hide.  I literally just removed myself for a while.

EV: What was your turning point to come back to yourself?

GZ: Well I always talk about my friend Sam who passed away in that time, because she was such a light and such an inspiring warm, magical, open-hearted, funny, spirit.  One of my best childhood friends.  And I think that there was something that I realized when she died was that the life I had  was meant to be lived to the greatest.  That if I still got to live when she did not, that the legacy that I got from her was to love the life that I was in as best I could. And so I made a promise to her that I would do that. And that’s really what brought me back because I had gotten a couple job offers to come back east and I wasn’t sure if I was going to keep going back and forth. But I wanted to be here for her and back around all of my friends and my family.  I made her a promise that I would go back into the life that I had been living and I would just live it with joy.  That I would dance in it with joy in her honor.

EV: Is there any advice that you would give to any woman living in NYC trying to live her dreams, but are finding it hard to be proud of their accomplishments so far? Because when I heard you talk about the patch work, I thought, Yes, that’s what this craziness is!

EV: I still find it, for myself and I know for so many of my girlfriends and even guy friends that I talk to to see the hodgepodge of our lives as beautiful or as something that will at least matter in some way?  Are there any tools you can give or a simple word of encouragement for us that battle with trying to see how this craziness is actually cool and we need to embrace it.

GZ: Well, I would say…I will go short to long. Short, I would say, Don’t give up.  Don’t give up. Every person has something so worthy to offer to the world and it is such a loss to the world if that artistic soul is not expressed.  I would build upon that by saying, I believe that everyone has a human right to express themselves and whether it’s heard by one person or two people or an audience of a thousand or an even wider audience.  It is our God-given right to be able to express our humanity.  I think that is what any kind of art is.  Music and film and writing and it’s an expression of humanity.  And not everybody has the right.  And not only that right but that mission.  I think we all…I think it is necessary in the world that we are in.  In a world filled with war and hatred to put out art in the world.  Art to me is openness and conversation and is expansion. In a world that feels the opposite I think that it is a mandate for us what we have to express in the world. I also think that we are in a world that is like the Wild West, where you can create in a way that wasn’t possible years ago.  You could possibly put something online and it could become viral. Or create a podcast with your friends that suddenly everyone is listening to on Sunday afternoons.  You have no reason to not put yourself in that ring, because we are all online.  Suddenly we are in a world where everyone can use their phones to take photographs.  Everybody can use their iPads to take video and it is an opening for all of us to be the writers, the artists, the filmmakers the visionaries.  We all have the opportunity right now.  It is to be taken.  Why not you?  Why not you

And that ends Session Three of How To Be A Wizard with Gabra Zackman.  Her words to encourage us to create without waiting for anyone to give us permission couldn’t be more timely. I hope you share with me any new endeavors here or on Twitter.

I will be putting this series on hiatus to start a new one. I have personally taken Gabra’s words to heart and decided to begin a new creative endeavor with a good friend of mine that will be on the interwebs soon.. The next series will be all about my friend Pamela and I trying to do something neither of us has done before and has any idea of how to do correctly. The trials and tribulations of two thirty-somethings trying to learn new tricks should be a hilarious exercise in futility/humility.

I hope Gabra’s words inspire you to start something new and do it with courage even though you may be afraid. Don’t let fear stop you from moving forward into your creative endeavors.  We need you. Don’t give up!